"Onslaught 8"
by Will Nevins

"Every rose has thorns, and even the most pristine worlds can hide sinister intentions."
– Map description
AS-BP2-SubRosa (whose full name is Sub Rosa) is a map appearing in Unreal Tournament 2004 . It comes with the Mega Pack.

This map is set in Liandri offices among lush prairies. The basic plot is that the attacking team is part of an NEG infiltration squad and must raid the Liandri offices in search for valuable information. Its progression is sequential, you complete an objective and progress to the next zone without having to backtrack anything.

There are several areas in the map: 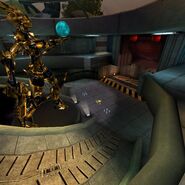 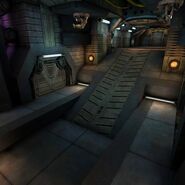 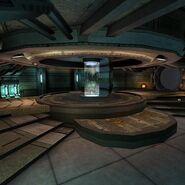 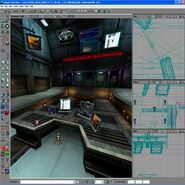 Location of another easter egg.
Add a photo to this gallery

Retrieved from "https://unreal.fandom.com/wiki/AS-BP2-SubRosa?oldid=28544"
Community content is available under CC-BY-SA unless otherwise noted.