"Level Designers are the ones that are responsible for taking all of the content that the rest of the team produces and meld it into a cohesive, fast, enjoyable experience. They're 1 part architect, 1 part artist, 1 part game designer, and 1 part beta tester!"
– Interview with Tolstiy's Place[4]

Cliff Bleszinski (formerly known as Cliffy B or CliffB, formerly known as Grand Master Ice Shaft) is a retired game developer known for his stint as a lead level designer and later game designer for Epic Games, playing a key role in the development of both the Unreal and Gears of War franchises.[5] He was also the founder of his own studio, Boss Key Productions.

Clifford Bleszinski was born in 1975 and lived in Andover, Massachusetts before moving to La Verne, California at the age of 15. During his time in La Verne, he released his first title, named The Palace of Deceit: Dragon's Plight (1991), an adventure title he started at the age of 15, through his self-owned company Game Syndicate Productions.[6][7][8] Programmed in Visual Basic, its second version came out when he was 16.[8]

He then sent his next game, Dare to Dream (1993), to Tim Sweeney, CEO of the then-named Epic MegaGames.[2][9] Despite the game not achieving sales expectations, Bleszinski then went on to work on Jazz Jackrabbit, a platformer co-developed by demoscene coder Arjan Brussee.[9][10] The title, which was released in 1994, became Epic's biggest selling game at the time, earning him enough money to get his first apartment and car.[9][11]

In addition to his work on the Unreal series, Bleszinski served as creative consultant on Rune[12], and as lead designer on the first three installments of the Gears of War franchise.[13] Gears of War evolved out of the development of what was going to be a game called Unreal Warfare.[14] As Bleszinski explained in a speech at GDC 2007 entitled "Designing Gears of War: Iteration Wins", the game started out as another first-person shooter in the Unreal universe.[15] Over time, however, influenced by the cover mechanic in Namco's 2003 game Kill Switch and the third-person Resident Evil 4, Unreal Warfare evolved into the game known as Gears of War.[16]

On April 12, 2010, he appeared on NBC's Late Night with Jimmy Fallon, where he showed the debut trailer for Gears of War 3 and cited Space Invaders as the game that initially inspired him.[17][18]

After 20 years, Cliff announced his departure from Epic Games on October 3, 2012, saying he had been making video games since he was a teen and wanted to take a break.[19][20] According to a 2015 interview, his original intention was to retire permanently:

"It was a combination of gamers feeling jaded, as well as working with some very talented people who were also very jaded (...) I could pitch the most amazing idea to anybody back when I was at Epic toward the end, and they'd be like 'I don't buy it'"
– Cliff Bleszinski[21]

On June 30, 2014, Cliff announced on Twitter that he was "coming out of retirement to make video games again" and would be unveiling his next project in the next week.[22] The new game, a free-to-play, PC-focused arena shooter code-named BlueStreak, would be published by Nexon and developed by his new studio, Boss Key Productions, which he co-founded with Brussee the same year.[23][24] A year later, Bleszinski revealed that the arena shooter would be called LawBreakers.[25]. Eventually, members of Boss Key went on to work for Epic Games, something that didn't sit well with him.[26] After the failure of LawBreakers and the closure of Boss Key productions, he retired from the gaming industry.[27]

Cliff Bleszinski was offered an opportunity to work on the Silent Hill franchise by Hideo Kojima, vice president of Konami Digital Entertainment. "I was flattered but declined", he wrote on Twitter.[28] In May 2016, he joined the board of advisers for Fig, a mixed crowd-funding/investment platform for video games.[29]

Involvement with the Unreal series[]

Around the time of Jazz Jackrabbit, he teamed up with Sweeney and James Schmalz of Digital Extremes in order to create what would be known as Unreal. The first demo came in 1995, the completed game in 1998,[30], the expansion-turned-standalone Unreal Tournament came in 1999, and the rest is history.[31]

Every map in Unreal Championship 2: The Liandri Conflict and Unreal Tournament 3 is credited to Epic Games as a whole, hence why his own works for those games don't appear here.

"I'd have to say it is a tossup between BR-Skyline and DM-Antalus. The ways that skilled players move around in Antalus is nothing short of jaw dropping! (...) Quadjump baby! Once you try it, you'll never go back. "
– Cliff Bleszinski[33]
"I'd love to see some of the mythos behind the first Unreal envisioned as a sci-fi epic. Tough prison gal crashes on Na Pali along with other nastier convicts. She's heralded as the savior of the Nali, etc... and she just wants to get out of dodge. Then there's the Skaarj to deal with..."
– Cliff Bleszinski
"I wish we actually had, like, less variety. I know that sounds funny, but it like, you know, there’s so many game types, there’s so many mutators, and there’s so many different ways to play that it’s like…there’s a certain beauty to like a consistent experience. I mean, you go to McDonalds in Texas, you go to a McDonalds in Tokyo, your cheeseburger’s going to be the same damn thing. And that’s part of the reason why you have McDonalds everywhere is because people, to a certain degree, they like to know what they’re going to get. And that’s partially what helps Counter-Strike be so huge. You know, you play Counter-Strike in Seoul, you play Counter-Strike in Sunnyvale and it’s pretty much Counter-Strike. It’s the same thing. It’s not low-grav one minute and, you know, a different game type completely the next. There’s a little variety in there, but it’s consistent. That’s something I hope we can find a balance of in the future, you know, as far as having that consistency, but still allowing that sense of variety that the gamers expect. There’s no way, you know, if we do Unreal Tournament 2005, or whatever it is, we can just keep adding game types. I mean, we gotta start consolidating at some point."
– Cliff Bleszinski 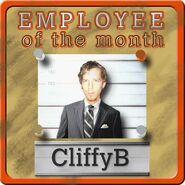 AS-BP2-Outback, location of the easter egg.

AS-Convoy, location of the easter egg.

DM-Asbestos, location of the easter egg.

DM-Codex, location of the easter egg.

ONS-Urban, location of the easter egg.

The "Mountain Dew mountain" at Epic Games' HQ during the development of Unreal. Photo posted by Erik de Neve on the site Rock, Paper, Shotgun.[39]