This is a list of easter eggs found across the maps in the Unreal series. For the purposes of the article, we define an easter egg as "an intentional inside joke, hidden message or image, or secret feature of a work". 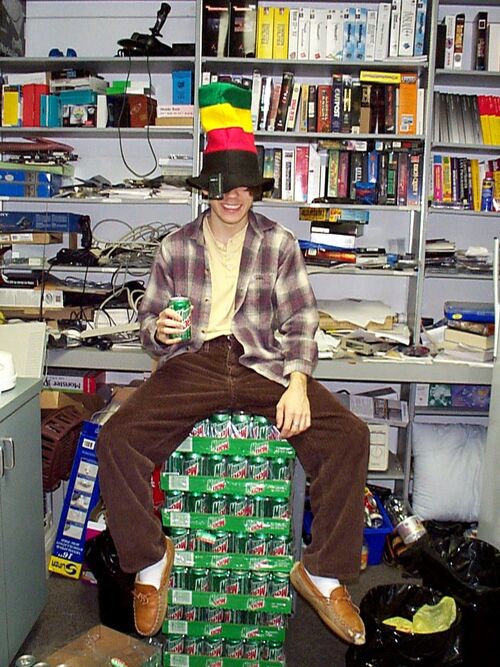 There is no reality. There is only this.
This time. This place. This Contest.

Be the best. Unleash your power.
Lead your team in a battle of the mind.
Win the Tournament. If you can't,
step aside for someone who will.

Keep your eyes on the prize,
and your fingers on the trigger."
– Screens

These notes can only be seen in UnrealEd or with a package tool analyzer such as UT Package Tool:

"Special Thanks: Robyn & Col McCarthy, Eddy Respondek- My family. For their eternal patience with my "Unreal" addiction, and my general procrastination. I paid off though, didn't it?. Cliff Bleszinski & Epic Games- For giving me a chance. I hope Epic Games will continue to utilize the wealth of community talent out there. Not only does it make good business sense, but it gives someone a career, which is about the best gift you can give someone. I am in your debt. The UT2004 War Room Staff - Rogelio O, Phil C, Stu F, Ben B, Nate O, Laurent D, Dave H, David S, Ron P, Jeff G, Mat O and Steve P- It has been an absolute pleasure to work with them. They are probably best group of people I have ever met. I would recommend any of them without hesitation."
– Hidden note
"Made by Chris "Plutonic" Blundell and Nathan "TomWithTheWeather" Overman. Shoulders are a delicacy."
– Hidden note
"ben beckwith vertex painted these terrains for me. very badly i might add. :)"
– Hidden note
"Thanks to the following people for having great impact on the quality of this level through their feedback: DavidM, Tonnberry, Hourences, Cliffy Blezinski, Jim Brown, David Spalinski, and Anthony Pereira. A very special thanks for Tarah Hunt for enduring my constant obsessions with polishing this level and all the time it took from her. I love her more than she knows."
– Ryan Brucks
"Special thanks to Vorlon for gave me the usage permission of some textures from his map DM-CBP2-Drakonis, and Jim Brown, Desperado, Jay harrison and Anarkist for Beta testing."
– Hidden note
"met dank aan 1 of ander plaatseling bingo bejaarde lokaal waar ik foto van hun lamp em gemaakt, en dank aan de mosten recreatiewaterplaszeik waar ik paar stukke zand em gefotografeerd ffs, en alsmede ook bedankt aan stuk paarderijgrond ffs"
– Hourences[3]
"ik haat dus dooi lijne, krijgt ni eens de tering tijd om uw spul af te krijge, laat staan om u zelve enige vorm van nachtrust te gunnen"
– Hourences[4]
"Hey Ben from the future, shutup."
– Hidden note

Retrieved from "https://unreal.fandom.com/wiki/Easter_eggs?oldid=35773"
Community content is available under CC-BY-SA unless otherwise noted.