"Onslaught 2"
by Will Nevins

"Deep-space exploration has revealed a phenomenon never before observed-a planetary system with NO sun. Infra-Red light reacting with carbon dioxide in the high atmosphere bathes the planet in a searing, blood-red glow. Experiments have shown that more than 18 hours on this planet will cause irreversible insanity. You won't live that long..."
– Map description
ONS-RedPlanet (whose full name is Red Planet) is a map appearing in Unreal Tournament 2004 . 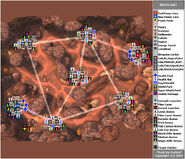 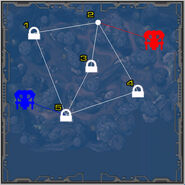 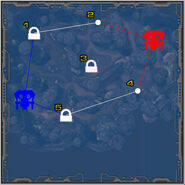 Retrieved from "https://unreal.fandom.com/wiki/ONS-RedPlanet?oldid=31978"
Community content is available under CC-BY-SA unless otherwise noted.