"Eons past, the inhabitants of these forgotten ruins summoned a being of elemental darkness, which they imprisoned and lulled to sleep with the blood of countless sacrifices. In the stillness between battles, one can sometimes hear the voice of this titan, roused from sleep, awaiting your blood."
– Map description
ONS-Severance (whose full name is Severance) is a map appearing in Unreal Tournament 2004 . 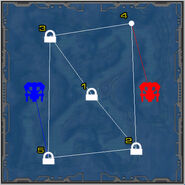 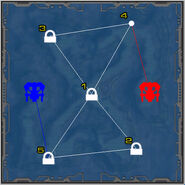 Retrieved from "https://unreal.fandom.com/wiki/ONS-Severance?oldid=31981"
Community content is available under CC-BY-SA unless otherwise noted.