The Redeemer is a Superweapon from the Unreal series. It appears in all of the Unreal Tournament games.

The Redeemer is a portable thermonuclear warhead launcher and the most powerful weapon in the Unreal Tournament series. It comes with only one missile, so you need to find another Redeemer, if you need to use it again. Being an extremely dangerous weapon due to its intense splash damage, the Redeemer is intended strictly for far targets. The missile can either be fired in a linear manner similar to a standard rocket, or be dynamically flown around the arena till the target is spotted.

Upon impact, the missile causes a massive nuclear explosion that obliterates anything within its damage radius, even the user. Therefore, keeping a suitable distance is strongly advised.

The first time you witness this miniature nuclear device in action, you’ll agree it is the most powerful weapon in the Tournament. Launch a slow-moving but utterly devastating missile with the primary fire; but make sure you’re out of the Redeemer’s impressive blast radius before it impacts. The secondary fire allows you to guide the nuke yourself with a rocket’s-eye view. Keep in mind, however, that you are vulnerable to attack when steering the Redeemer’s projectile. Due to the extreme bulkiness of its ammo, the Redeemer is exhausted after a single shot."
– UT manual

Classification
Thermonuclear Device
Primary Fire
Fires a huge yet slow moving missile that, upon striking a solid surface, will explode and send out a gigantic shock wave, instantly pulverizing anyone and anything within its colossal radius, including yourself.
Secondary Fire
Take control of the missile and fly it anywhere. You can press the primary fire button to explode the missile early.
Techniques
Remember that while this rocket is being piloted you are a sitting duck. If an opponent manages to hit your incoming Redeemer missile while it's in the air, the missile will explode harmlessly. To avoid this, it's a good idea to make unexpected twists and turns to make it harder for your opponents to shoot it down.

In Unreal Tournament, the Redeemer appears as a bulky weapon in many maps. When fired in close quarters, everyone except the user's allies gets killed, though every survivor will be thrown off the explosion radius. The primary fire launches the missile to a point, just like a rocket. The secondary fire allows the player to guide the missile and hit any place the player wants to.

The missile can be shot down by other players after being launched, thus denying the player any possible kill. Splash damage still takes effect if this happens.

If the missile was launched in control (i.e. steering) mode, using the secondary fire again will detonate the missile mid-flight.

"%o fed %k a PAIN SANDWICH!"
"The first time you witness this miniature nuclear device in action, you’ll agree it is the most powerful weapon in the Tournament. Launch a slow-moving but utterly devastating missile with the primary fire; but make sure you’re out of the Redeemer’s impressive blast radius before it impacts. The secondary fire allows you to guide the nuke yourself with a rocket’s-eye view. Keep in mind, however, that you are vulnerable to attack when steering the Redeemer’s projectile. Due to the extreme bulkiness of its ammo, the Redeemer is exhausted after a single shot."
– UT2004 weapon description

Primary Fire
Launches the Redeemer in a straight line, unguided.
Secondary fire
Allows you to take control of the Redeemer missile and guide it to its destination. Unfortunately, you are unable to control your character or see anything around your character from this view so make sure you hide well.

1
None.
1
""Even your least effective soldiers will earn a respectable bodycount with this tactical nuclear device." So said the original brochure for the Redeemer, still unchallenged in its role as the most powerful man-portable weapon system known through the galaxy. The slow-moving but utterly devastating missile, affectionately known as "Lola" by veteran soldiers, now uses an Enhanced Radiation payload. This ensures maximum tissue failure without undue property damage, perfect for modern assault-and-capture tactics.

The Redeemer's alternate mode fires the missile using the disposable fly-by-wire guidance system, though the manual recommends using this mode only in areas of relative safety."
– UT3 weapon description.

Primary Fire
The missile is fired straight and goes until it hits something or is shot out of the sky.
Secondary Fire
Allows you to guide the redeemer missile.

References in other games[]

Main article: References to the Unreal series in other games

"There was nothing quite like laying waste to an entire level of Unreal Tournament with the Redeemer, undoubtedly the series' most powerful weapon. That's saying something, especially when you look at the Flak Cannon, Pulse Rifle, and the rest. If you were ever lucky enough to actually find one, you were pretty much guaranteed to net a few kills with the Redeemer's enormous blast radius—usually including yourself."
– Complex[3]
"If every kid had a Redeemer, the world would be a rather under-populated place. This gun basically lets you shoot a mini-nuke that you could control in first person. Once the rocket detonates, it obliterates everything in its surrounding area. Trust me, there’s no better feeling than exploding one amidst a large number of opponents in a UT2k4 death match."
– First Post[4]
"You only get one shot, but that's all you ever need. The Redeemer, a portable thermonuclear warhead launcher, is the most powerful weapon in the Unreal Tournament series by a long way and it’s all down to its formidable splash damage.

Gamers only get one missile, and you need to stand back; when you’re on a smaller map, chances are you’ll take out the rest of the field. If you feel brave, its secondary fire option allows the nuke to be guided to a target.

IGN named it its 22nd best weapon in gaming, presumably referring to its power in the game, and not its power to destroy long-term, loving relationships."
– Matt Gardner[5]
"The Redeemer is Unreal's most powerful superweapon. A thermonuclear missile boasting fat range and fatter damage, it is the very definition of overkill. When fired in primary mode, it sends a slow moving missile that obliterates everything within its gigantic splash radius. The secondary fire mode allows players to steer the missile and help it evade incoming fire (the missile can be destroyed), gather reconnaissance and position it for maximum damage. If need be, it can also be detonated manually before impact.

Unfortunately, the redeemer also has a long list of drawbacks: It can be destroyed from afar, makes its user vulnerable in manual mode and has but a single missile. No reloading is possible and the set-up time is long. Despite these problems, it’s amazing when it connects…a monster killer indeed."
– Sapphire Nation[6]

"The Redeemer now hovers above the ground at around player height. You can still steer it like the original Redeemer, plus you can shoot it still when it comes for you."
– Juan Pancho 'XceptOne' Eekels, UT2003[7]

"This is basically a rocket launcher on steroids, or a BFG. A personal nuclear weapon, when the warhead impacts a solid surface, a shock wave goes out and pulverizes and vaporizes everything and everyone in the blast radius. Not a pleasant experience."
– IGN, UT[8] 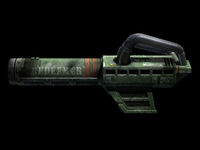 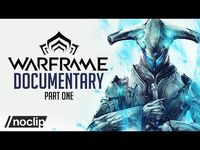