Unreal Wiki
Register
Don't have an account?
Sign In
Advertisement
in: Faction stubs, Stubs with tasks, Factions,
and 14 more

Edit
watch 01:36
We're Getting Mutants in the MCU - The Loop
Do you like this video?
Play Sound

"Instinctive hunters with extraordinary physical strength and the ability to use numerous weapons. Their huge retractable claws can literally slice their prey to pieces. To make matters worse, there are many types of Skaarj. And some of them wear armor."
– Unreal manual
"The Skaarj are a power-hungry race who have been trying to expand into this sector of space. Normally their highly tribal social structure prevents them from working together. Their warriors are all highly independent, intelligent, and very dangerous fighters."
– John Dalton

The Skaarj (pronounced "Scar") are an anthropomorphic reptilian race of tyrannical warriors appearing in the Unreal series. Feared throughout the galaxy for their extreme speed and fighting prowess, they come from the planet Skrath.

The Skaarj are a powerful, imperial reptilian race. They are 7 to 9-foot tall lizard-like creatures that weigh around 385 lbs. The color of their scales range from light or dark green to blue or yellow. They have an overhanging forehead with glowing Cold Evil Eyes burning underneath, short, curved tusks, and, in the case of the Warrior caste, long, braided, scaly, dreadlocks arcing off the back of their heads. Most Skaarj have thick tails, though this feature seems to become increasingly reduced the farther along the Trooper caste a Skaarj progresses.

Each Skaarj are born as pupae that eventually mutate into the commonly seen lizard-like form. Their lifecycle is much more akin to that of insects. Large queens lay eggs which then hatch into pupae, which finally metamorphize into the Skaarj adults. Some Skaarj adults have cybernetic implants, and many have blades, called Raziks, strapped or surgically affixed to their wrists; these weapons may also fire energy charges from between the blades.

In fact, the official symbol of the Skaarj race is the Razik blades (see the picture at the top). Skaarj prefer green color, as it is the usual color of their skin. Skaarj motherships have panels shaped as the Razik and the interior of the ships are usually decorated with various accents of green color. There are many items that are of Skaarj origin, and they are usually colored green or have the shape of their Razik. For example, the UDamage has absolutely the same form as the Skaarj symbol. Panels and switches are often decorated with their symbol or their writing. Different clans prefer slightly different colors - the Skaarj in Unreal prefer metal gray, brown and green, while the Skaarj in Unreal Tournament 2004 prefer black and green.

The Skaarj are a highly tribal race. They are mainly divided into separate clans, like the Black Fist and the Iron Skull. Each clan works as a separate unit, with little or no co- operation with the other. An example is the hostility between the Black Fist and the Iron Skull clans. They, however, could also stand together for a common cause and unite to form an empire, which in turn reunite into the feared Skaarj Empire. Each clan of Skaarj is headed by a Queen (which has a central role in their society) and a Warlord (who leads the Skaarj in combat situations).

The Skaarj have been officially described by Epic Games as "sophisticated savages" and references are made in-game to their apparent high level of technological development in contrast to their brutal and barbaric nature. They are capable of extensive space travel, and seem to be focused around a giant Mothership that houses their Queen. Their technology is noticeably superior to that of humanity. They move about the planet via Skaarj Skimmers, relatively small anti-gravity fighters that the player encounters twice throughout Unreal and RtNP, but is never able to operate. The Skaarj engage in extensive and bizzarre experiments ranging from genetic manipulation to energy-based experiments, seemingly aimed at creating super-soldiers of one sort or another.

The Skaarj usually build structures out of metal. They also use different forms of force fields and other energy items, although a lot less commonly. All of their motherships are usually made of metal and powered by energy from Skaarj generators. The generators are usually heavily defended and are the main, but not only sources of power. Skaarj panels are usually holographic and are capable of creating 3D holographic shapes. When Skaarj decide to build a structure on the surface of a planet, they usually design them just like the spaceships. These buildings don't contain anything organic other than the creatures inside and often plain metal is displayed. Special decorations are very rare, but if there are any, they are colored green. Their light sources, although usually white, are sometimes green as well. This is most easily seen in the map CTF-HallOfGiants, where the Skaarj have illuminated all of the area with their green lights.

The Skaarj's goal is to conquer the universe, under the justification that the Skaarj are naturally superior to all others. As a species, the Skaarj believe that their race is superior than any other. So far, there's only one planet the Skaarj managed to conquer, Na Pali. They enslaved the Nali to do their biddings, such as mining in the Rrajigar Mines for Tarydium shards. They have highly notable levels of hostility towards the humans because one of them managed to kill their Queen, and because of their strong disdain towards other "inferior" species in the galaxy. According to Unreal Tournament 2004, they tried to conquer Earth, but failed. As such, every human that they see will cause them to rush towards the intruder, no matter what the consequence.

Involvement in the games[]

The Skaarj are the main antagonists the Prisoner 849 has to face. They have recently conquered Na Pali during the time that the Vortex Rikers crashed on the planet.

The player can encounter different Skaarj enemies, in addition to the Skaarj Warlord and Skaarj Queen bosses:

A fair portion of the weapons in Unreal are of Skaarj origin, including the Eightball, Razorjack, Flak Cannon[1], and, to an extent, the Stinger.

DM-ArcaneTemple takes place in a sacred place the Skaarj didn't manage to capture. It is also revealed that tournament combatant and tactical expert Dovienya was trained by a Skaarj clan. Dominator is featured in the console versions as an unplayable pure-blooded Skaarj boss.

By 2291 (the time period of UT) the New Earth Government, inspired by the Skaarj's abilities in the Human-Skaarj War, had developed the Human/Skaarj Hybrid, meant to be used as a leading force in ground based ops. To test the Hybrids, the NEG entered two teams: Red Claw and Iron Skull into the Tournament.

The Skaarj are one of the factions that are after the artifact pieces, although they were seen in the first two levels and the last two levels. In this game, the Skaarj are not much of a threat, as their mobility is reduced at various levels, depending on the the three variants in the game. The Skaarj are divided, like most of Unreal II's enemies, into three weight classes: light, medium and heavy. The War Lord and Queen make no appearance in Unreal II.

There are three Skaarj variants in the game, each with different levels of health, armor and speed. They are:

The Krall, the Skaarj's enslaved hunting partners and guards, are replaced by the insane Izarians, suggesting that the Skaarj Empire has a diverse well of species to draw assistance from, and that various clans prefer different assistants. The Izarians carry a new Skaarj weapon, dubbed the Shock Lance by Isaac, which is based upon ASMD technology, indicating that the Skaarj are even now not above stealing and adapting alien technology for their own uses. After a limiter has been applied that reduces the weapon's power, the Skaarj give it to the Izarians, who use it as their primary weapon. It appears as a high-tech trident or pitchfork which fires purple energy bolts, or a powerful EMP ball. Later on Isaac is able to remove the limiter and the player's Shock Lance becomes more powerful.

The Skaarj are among the races experimented on by the Drakk, a race of self-aware machines, and a significant portion of the final hybrid created by them that the player has the option to face, deep in the Drakk Hive. They also play a central role in the game's climax, at least at first.

In 2303 (the time period of UT2004) a team of pure Skaarj from the Iron Skull clan enter the Tournament. It is unknown how they are related to the Hybrids who fought under the same name in the earlier Tournament. What is known is that the Skaarj Empire holds them responsible for the loss of the Skaarj Mothership during the Human-Skaarj War in 2216.

Later in that Tournament, the two brothers Mekkor and Skrilax of the Black Fist Clan enter the Tournament to test their new cybernetic armor, which replaces entire limbs lost in battle. Because of this they are referred to as MechaSkaarj.

One of the Tournament's Assault matches centers around the destruction of a Skaarj mothership attacking Earth at the end of the Human-Skaarj War in 2216. The mothership and the Skaarj Black Scorpion spacefighter are recreated.

During the time period of UC2, Torgr and his tribe enters their slave Szalor in the Nakhti Ascension Rites, a qualifying round for the Tournament, hoping to watch an entertaining death. Torgr himself enters hoping to win and prove himself worthy of being consort to the Queen. His wish is to unify the Skaarj and their slave races and conquer the galaxy.

Garog is one of the fighters. Many other Skaarj warriors are also present. 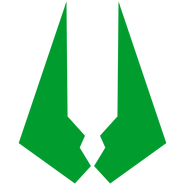 The Razik, symbol of the Skaarj and the Green team in Unreal Tournament.

Skaarj as seen in Unreal 2: The Awakening.