Here are some pieces of Unreal-based humor.

Unreal Rules of the Internet

A series of spanish-written comics created by Disconnect, former admin of the now-defunct site Unreality Argentina. Full of inside-jokes and jargon. Don't expect to understand everything written here. 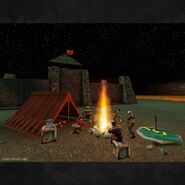 Because sometimes you need a break in the middle of the crossfire. 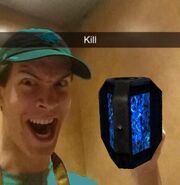 Carter has one thing to say. By Buffalo Baggins.

It's a no brainer. By Buffalo Baggins.
Add a photo to this gallery
Retrieved from "https://unreal.fandom.com/wiki/User:PumpkinKnight/Unreal_humor?oldid=37217"
Community content is available under CC-BY-SA unless otherwise noted.
FandomShop Fandom IG GalaxyQuest