Before we start, click on the video above so you can get used to the athmosphere. :)

A day like today, but in 1998, a gaming company called Epic Megagames released a game that revolutionized the videogame world as we know it. We're talking, of course, of the original Unreal. From environments seldom seen in videogames of the era, to a creative set of weaponry, to monsters which put every gamer's reflexes to test (anticipating the Deathmatch boom the next year), the first Unreal game had everything.

The game brought us memorable moments such as the first time we saw an epic outdoors scenery after getting out of the Vortex Rikers, the first encounter with the Skaarj on the Rrajigar Mine, the Titan fight at the Dark Arena, the sad story of the ISV-Kran crew, the majesty of The Sunspire, Na Pali Haven and Bluff Eversmoking, and of course the ventures inside of the Skaarj Mothership, and the final battle against the Skaarj Queen. 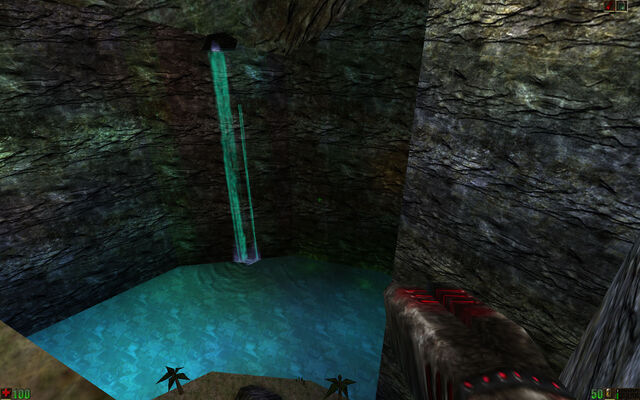 Few games pulled similar feats in the past, gameplay-wise, and even way fewer can say that their different versions of its own engine powered THOUSANDS of games (there's a lot of games in the PS3/X360 and PS4/X1 eras that use either the Unreal Engine 3 or 4).

Although the SP campaign was linear, it was memorable, something that cannot be said, sadly, for the multiplayer component. Although it was one of the first games to include a multiplayer AI, online play at the time of release was, sadly, subpar. The solution at the time was to create a multiplayer-based spinoff which became even more popular than the main game, but thankfully, in 2005, Epic gave the guys at OldUnreal the source code under a NDA in order to keep the game working. Since then, the community has been going out of their way to include new features and even bring back several cut features for the game. And if that isn't enough, the SP is being reworked by Krull0r, who today has released a new trailer about his project:

We could go on and on, talking about the other entries of the series which this game spawned, and the community that spawned around the modding capabilities of the Unreal Engine. But everyone has its own relationship with the game and its community, so we'll be glad to read them in the Commentary section.

Retrieved from "https://unreal.fandom.com/wiki/User_blog:PumpkinKnight/20_years_of_Unreal?oldid=24490"
Community content is available under CC-BY-SA unless otherwise noted.