The date was November 30th, 1999. That day, after a beta demo released the previous week, Unreal Tournament, one of the two games (the other being Id Software's Quake III Arena) that would forever change the landscape of FPS in general, and the multiplayer area in particular, was released.

After the release of Unreal the previous year, both Epic Games and Digital Extremes realized that the multiplayer area of the game was lacking. What started as just an expansion pack called "BotPack" eventually became its own game. We could talk a lot about UT, even share memories about it, but that's best left for the comments. In the meantime, here's a video courtesy of MerryBytes. 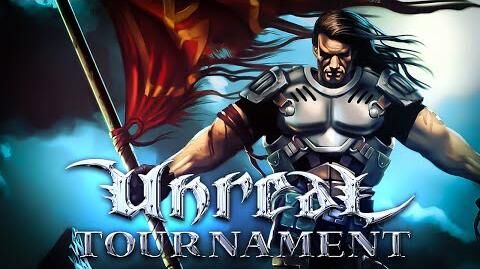 And if this isn't enough, in the same vein as their patches for both Unreal and Unreal Gold, the people at OldUnreal took over the maintenance of the code base for the game. Here's the announcement done on September 27, 2019:

What some of you may have already suspected or heard through the grapevine can now finally be announced. The OldUnreal team has reached an agreement with Epic games to take over maintenance of the Unreal Tournament code base. I will be joining this effort along with a few other members of the OldUnreal developer team.

The goal of our maintenance project is to fix bugs, address performance problems, and to ensure that UT keeps running smoothly on modern platforms. We will not, however, change the way the game looks or feels. We will also ensure that new releases of UT remain network-compatible with older releases.

We have been working on a new UT patch for a while now and we have made quite some progress. We initially based our patch on UTPG's unreleased MD5 patch, but have addressed a lot of security and stability issues and have made a lot of overall improvements to the game. We do not have an ETA for the initial release yet, but we feel we are getting close.

Keep an eye on this forum for more news!

Legal Disclaimer: This project was approved by Epic, but it is not an official Epic project, nor has it been reviewed or tested by Epic.

We would like to express our sincere gratitude to the following people:

* Epic Games: obviously
* Stacey Conley (aka "Flak"): this project would not have happened without her. Thank you Stacey, you are amazing!
* Ryan C. Gordon (aka "icculus"): for his hard work on UT over the years and for SDL2. If you like Ryan's work, then please consider supporting him.
* Smirftsch and the OldUnreal team: for their many years of work on Unreal 227, for contributing the new ALAudio and XOpenGLDrv renderers, for hosting this forum, and for joining this effort. If you like OldUnreal's work, then please consider a donation.
* Higor: for being the lead tester, reporting numerous bugs, submitting lots of fixes, for XC_Engine, and for helping us keep this game alive.
* Chamberly: for testing and for finding lots of creative ways to break the game.
* Chris Dohnal: for contributing the UTGLR OpenGL and Direct3D 9 renderers.

Will this patch work on my machine?
Most likely! You will need a Pentium 4 machine running either Windows XP, a Linux distribution with glibc 2.19 or greater, Mac OS X 10.7, or macOS.

Will you release the updated Mac OS X/macOS client?
Yes! Do keep in mind, however, that our team does not have a lot of macOS hardware or expertise. The macOS client has not been thoroughly tested.

Will you release updated public headers?
Yes! We will be releasing an update to the core headers and the Windows import libraries. If you have any issues with porting native mods to UT v469, then please reach out to us here.

Will this break any mods?
No! We worked very hard to maintain compatibility with earlier versions of the game. All UnrealScript mods for UT v432-v451b should work without any modifications. Many native mods will also continue to work. However, some of them might need some trivial adjustments and/or a recompile.

Will you integrate XC_Engine?
Our agreement with Epic only allows us to fix bugs and to make sure the game keeps running smoothly on modern platforms. We therefore can (and have) only integrate(d) small parts of XC_Engine (thanks Higor!). XC_Engine itself will remain a standalone package.

Is there anything I can do to help out?
Yes! Keep an eye on this forum. We will be needing Mac and Linux testers soon. Also, if you know of any serious bugs in either UCC, UnrealEd, or UT itself, and if you can explain how to reproduce those bugs, then please report them at the Bugs subforum.

What happened to UTPG?
We don't know.

Have you fixed Unreal Editor?
Yes and no. Our current version of UnrealEd is superior to the one included in versions v436 through v451, but still has a few annoying bugs. After our initial patch, we will investigate whether it is possible to bring Unreal 227's UnrealEd to UT."
– anth
Retrieved from "https://unreal.fandom.com/wiki/User_blog:PumpkinKnight/Unreal_Tournament_is_now_20_years_old!?oldid=35640"
Community content is available under CC-BY-SA unless otherwise noted.
FandomShop DC Trivia GalaxyQuest